Sustainable Investment: it’s not all about London 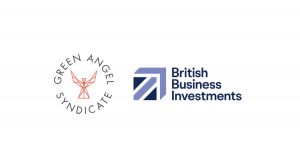 Earlier this month we were delighted to announce a £5 million commitment to Green Angel Syndicate from the Regional Angels Programme of British Business Investments. Green Angel Syndicate will be the first Regional Angels Programme delivery partner specialising in the fight against climate change. The £5 million will match funds raised by our angel investors and EIS Climate Change Fund.

The Regional Angels Programme seeks to reduce regional imbalances in access to early-stage equity finance. As Judith Hartley, CEO, British Business Investments, said when the commitment was announced, the programme aims to “increase the overall amount of capital available to smaller businesses through early-stage investors such as Green Angel Syndicate. This £5m commitment from British Business Investments means increased support for green technology sector early-stage businesses across the UK.”

Regular readers of this blog will probably already know that Green Angel Syndicate is one of the largest angel syndicates in the UK, and the only one specialising in the fight against climate change. We only invest in companies whose technology and process innovations have the potential to reduce carbon or greenhouse gas emissions or to remove carbon from the atmosphere.

Nick Lyth, Founder of Green Angel Syndicate, comments: “This welcome commitment will expand our bandwidth substantially, and hence the impact of our investments in the fight against climate change. The recognition from British Business Investments of the importance of investing in UK start-ups fighting climate change is an encouraging sign for the future.”

GAS Chairman Simon Acland says: “Becoming part of the Regional Angels Programme now means British Business Investments is our first institutional funder, and it will significantly increase our firepower alongside the Syndicate and the Climate Change Fund. It is an important indication of our ambition and intent to back companies fighting climate change across the UK.”

Green Angel Syndicate is regional and inclusive. Unlike most financial activity, we take money out of London! Some of the companies that have benefited from Green Angel Syndicate’s EIS funding during the last 12 months include: Surrey-based DNA biomonitoring service provider NatureMetrics, Bristol-based greenhouse gas detection technology company QLM Technology, and sustainable seaweed product developer Oceanium, which is based in Scotland.

Our angel investors (aka GAS members)

We are happy to report that our syndicate members span the whole of the UK, representing all 12 regions. But while nearly half of our angel investors live in London, they are disproportionately investing their money outside of London, so the money is flowing outwards towards the regions, rather than being sucked into the capital. As of July 2021, GAS had deployed 62% of the value and 65% of the total number of investments outside London.

GAS supports regional investment outside London. In fact, the majority of our investments are based outside the capital of the UK, both in terms of the number of investments we have made, and the total amount invested.

What’s in the GAS pipeline?

The proportion of current deal opportunities in each region is broadly the same as for our portfolio companies, with 68% coming from outside London. In the next 12 months, we hope to see more pioneering entrepreneurs from the East Midlands, North East and Northern Ireland.

We would also be delighted to welcome our first startups or early-stage companies in the North West, Yorkshire and the Humber, and the West Midlands. Of course, all applicants are judged on the merits, viability and scalability of their climate change fighting ideas. We look forward to hearing from the entrepreneurs of the future!