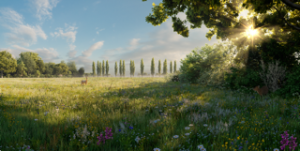 Read what David has to say below…

In fact, we now understand that practically above all else we must protect, enhance and recover nature; our very existence depends on it. The UK is one of the most nature-depleted places on earth, yet the scientific community and economists now recognise biodiversity loss as an existential threat with an impact equivalent to that of climate change. But in recent weeks I have been made very aware of the rhetoric of some that we should back-off from spending money on nature.

It is easy to lazily accept the rhetoric without challenge. Of course, at this moment in time we are recovering from a catastrophic pandemic; many lives have been lost and our economy has been battered. Putin’s apocalyptic nationalism, based on an outdated view of how to progress one’s country to stay in power involving mass brainwashing, has destroyed large parts of Ukraine causing devastation to the lives of millions, impacting on world food supplies, pushing many beyond Ukraine’s borders into undoubted poverty and potential starvation. And yet, and it is hard to say this, these events are infinitesimally small in impact compared to us losing natural capital and suffering the global effects of climate change. They don’t currently seem small of course, especially if you are caught up in them at this point in time, as most of us will be in the coming months as prices for commodities, especially energy, skyrocket.

The effects of biodiversity loss and climate change will have a longer burn but the global impacts will be beyond anything we can imagine now. In fact, those impacts have already started. Unless we act now, mass migrations of people will increase as vast areas of Earth become uninhabitable as a result of temperature rise, a huge expansion of aridity and lack of water, sea level rise, inability to grow food, atrocious air quality and a breakdown in health care systems. Recent models of extinction rates of vertebrates using the fossil record suggest that at the current level of impact, 75% of all species of vertebrates on earth could become extinct by 240 years from now; and with the vertebrates would go most everything else. This meets the criteria of a mass extinction; there have been five since life began on the planet 3.5bn years ago. And 240 years isn’t far off – it’s the same length of time in history from the point at which Britain signed the agreement recognising US independence, ie. hardly any time at all

The effects of biodiversity loss and climate change will have a longer burn but the global impacts will be beyond anything we can imagine now. In fact, those impacts have already started.

We know that nature maintains our environment within a stable ‘window’ to allow us humans, and the majority of species with which we share the planet, to live. Biodiversity richness provides our food, clean air, clean and abundant water, it stores carbon, mitigates flood risk, maintains pollinator populations, and provides stability to natural ecosystems. Biodiversity if properly restored would alleviate the worst effects of a changing climate. It has been estimated that investment in nature-based solutions would mitigate 10 Gt of CO2 emissions per year, equivalent to the emissions of the whole of the United States, EU countries and Japan combined, or put another way we would need to build 44,000 GW of solar energy infrastructure to have the same effect.

And yet some are calling for green levies to be scrapped and to reverse our commitments to nature recovery. There is also much talk that the purchasing of land for ‘rewilding’ and nature restoration projects is inflating land prices and distorting the markets for goods, just at a time when we need all the food we can grow to feed the planet’s human population. It is true that new investment finance is entering the land market. But that is a force for good and is simply market economics at work. Investors are looking for returns from nature-based solutions by buying up tracts of land to be put into management regimes that generate an uplift in natural capital such as carbon storage, biodiversity and nutrient reduction methods. The Green Finance Institute has calculated that we need an additional £44 – 93bn invested in nature recovery by 2030 to have a material impact on biodiversity – the very biodiversity that supports us by making our environment habitable. That amount of funding will not be available through the public purse nor through the 17 largest UK environmental NGO’s who collectively spend in the order of just £350m per year on biodiversity in some shape or form, much of that on salaries and pensions rather than direct interventions on the ground. In any event, the land area envisaged for nature-based solutions and nature recovery will be a relatively small part of the 9.3m hectares of farmed land in England.

Broad and generic statements on food security, whilst perhaps appealing to people suffering the immediacy of price hikes, have no basis in reality nor do they offer a viable solution. The issue is more complex. First, agriculture is in a state of major transition as energy and commodity prices and labour issues are making agroecological approaches to farming more attractive. Regenerative farming practices rely on far fewer inputs, where soils are properly managed and biodiversity is restored; dietary changes in the coming decade will also alter what we grow and where we grow it. A 30% reduction in meat consumption, through consumer choice, is highly likely in the coming years. As and when that milestone is reached we will not need the vast acreages of cereals – 50% of cereals grown are fed to livestock that are then eaten by humans. Much of the farm margin will be delivered by massive reductions in high-cost inputs such as artificial fertilisers and pesticides (resistance to the latter is now occurring on a large scale so they are less effective anyway), heavy machinery, moves to robotic technology, reduced manpower, direct drilling rather than ploughing, gene editing and gene silencing. As less land is needed for cereals we can grow much needed horticultural crops such as vegetables and fruit thereby diversifying diets. Farming has become good at growing calories, but much less good at growing nutrition. Hence, we eat more calories than we need (64% of adults and 40% of children in England are overweight or obese) because we are not consuming the right foods in terms of nutrition.

Second, we cannot on the one hand say that we cannot afford to recover nature because we need the land to grow food to feed the global population (in which it is the growing of calories that is referred to), and on the other accept at least a 40% wastage because food is thrown away. We could solve the food security issue, albeit it is a perception, ‘simply’ by significantly reducing the waste mountain.

The Government’s food strategy addresses a number of these issues and whilst the ambition of 500,000ha of nature recovery land, as set out in the 25-year Environment Plan, isn’t mentioned, the report does state that future food security will be based on sustainable agriculture under a mixture of regenerative farming, land sparing (where some land is intensively farmed and the remainder is put under nature restoration interventions) and land sharing (where for example biodiversity restoration, nature- based solutions financed through alternative revenue streams, and sustainable farming coexist).

My view is that the biggest bangs for bucks for both sustainable food production and nature recovery will be from land sharing in which the majority of the land is sustainably managed under regenerative or agroecological farming practices, juxtaposed with more ‘intensive’ nature conservation methods so that all areas see a significant increase in biodiversity and the ecosystem service benefits that are derived from a more heterogenous land cover system. So, it is good to see that farmer ‘support’ through the Environmental Land Management Scheme will pay only for environmental delivery. It is a passion of mine that farmers, landowners and other landholders, see nature restoration and management as an income generating activity – making nature economically visible. Treating the environment as a charity hasn’t worked – we have lost 60% of our biodiversity over the past 50 years. Grants given for nature-based projects have been relatively small, based only on cost-recovery, and too short-term.

It is critical therefore that we welcome new models for investing in nature where financial returns can be made. There will undoubtedly be competition for land but I don’t believe this creates a food security versus nature argument. Some 57% of our agricultural output comes from just 33% of the farmed land area. There is room for both sustainable, nutritious food production and nature restoration. We must not fall into the trap of ‘either or’; our obsession with short-term gain as opposed to long-term strategic and sustainable planning has got us into this mess. Existential means what it says on the tin!

It is a passion of mine that farmers, landowners and other landholders, see nature restoration and management as an income generating activity – making nature economically visible. 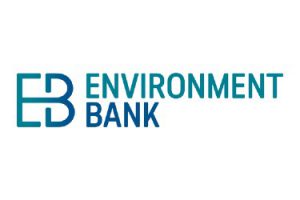 Environment Bank is a nationwide network of habitat banks working directly with forward-thinking landowners, to help them meet sustainability requirements and diversify their income through their pioneering product Biodiversity Net Gain (BNG) Credits. EB also collaborate with planning authorities to help establish their habitat banks and invest millions into local economies as well as developers, providing them with a risk-free way to achieve Biodiversity Net Gain. Professor David Hill CBE, is the Founder and Chairman of the company, bringing a wealth of knowledge and experience as a founding member of Natural England, a member of the Government’s Ecosystem Markets Taskforce and a Commissioner with the independent Food Farming and Countryside Commission. David introduced the concept of BNG to the UK in 2006, culminating in it being embedded into the Environment Act.