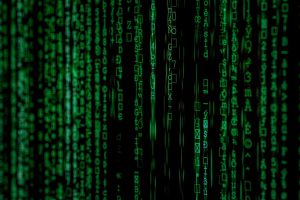 Photo by Markus Spiske on Unsplash

The term Deeptech is relatively new to the investment community. It seems to be related to an older term – High Tech – but means a little bit more than the older term. It ascribes a value to the nature of the technological innovation. ​​The value is, loosely, a deeper impact on society and the economy than what, presumably, should now be described as Shallowtech.

In other words, Deeptech is provided with a moral value, its products are believed to be agents for social and economic good, specifically, which carries with it an implication that ALL deep technology innovations will be improvements on the status quo.

​This seems to be misguided at several levels, and potentially dangerous. It misrepresents the context and meaning of the Industrial Revolution, another period of Deeptech innovation, the main impact of which was not greater health and prosperity. It was the capacity of producers to manufacture at volumes that far exceeded need. “Industrial scale” is a euphemism for “far too much”. The consequence of this has been competition between manufacturers, which characterises industrialised economies the whole world over. And the consequence of this is the appalling tidal wave of marketing and promotion as brands compete with one another for market share and the consequence of THAT is excessive consumption. These are the things that have come so close to destroying our planet, and how they have done it. We have lived with more than 100 years of chronic over-production.

Disruption is offered in the description of Deeptech, as a desirable outcome of successful Deeptech innovation. This, again, represents a misunderstanding of social and economic reality. Disruption is a BAD thing not a good thing. Human beings are change averse. Genuine disruption is very hard to find, the term is usually applied to inventions that do the same thing as before, but better. The new technology allows it to be faster, cheaper, more convenient, but essentially it is the same thing. We are still making phone calls, sending written messages, photographs, cryptic telegram type messages. 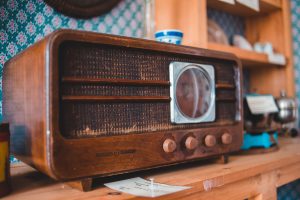 Photo by Erik Mclean on Unsplash

We think we are living in an era of disruption, but we are not. The most disruptive era in human history was the first half of the last century, which gave us the motorcar, the radio and television, and the aeroplane. Real “disruption” means changing the way people live their lives, which all of these did. Unfortunately, and with much greater effects on the reality of ordinary lives, the first half of the 20th century also gave us tanks, the sub-machine gun, and the atom bomb. Try asking our oldest generation what caused the greatest changes in their and their parents’ lives. It’s not the computer.

​Finally the concept of Deeptech makes the biggest mistake of all. It adopts an underlying assumption that growth and prosperity are good. They are not. Now is the time when we need a Thrift economy, not a Growth economy. We must learn to consume less of everything. We need innovation in all our resource use technologies to help us live (happily, not wealthily — money does not bring happiness) within the means of our planet, and that means we all have to consume less of everything. In the end, rationing may be the last resort. It is the only option, when all else fails. We have no other certain way of stimulating the drop in emissions to net zero.

Deeptech seems to me to be misguided in its intentions and ambitions, as well as its inspiration. Our world now is not about categories of “tech”. It is about outcomes. Can we live in a manner that will end climate change and reverse global warming? Deeptech, shallowtech, cleantech, fancytech — who cares? We need INNOVATIONS in technology and process to help us mitigate and adapt, we need many of them, and we need them NOW.

If we don’t deal with this reality and prioritise it, much that Deeptech treats as value sectors will be meaningless. Let’s talk about the priorities we have to confront, not about those which are questionable and of little real impact on the critical questions concerning climate change.