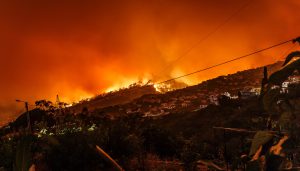 Photo by Michael Held on Unsplash

Hollywood has written the script in any number of recent dystopian versions of the collapse of our world as we know it, from The Road to The Handmaid’s Tale. But reality is simpler than that. ​

In central London at the height of rush hour, it’s when Waterloo Station looks like this: 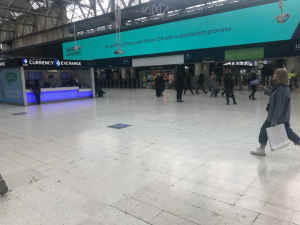 When a species overburdens natural systems as we have done, the natural systems recalibrate themselves as a consequence, according to James Lovelock’s famous Gaia Theory, first postulated in the 1970’s. 2020 brought wildfires on a scale never known before, floods that have created new lakes on centuries-old farmland, and a new virus.

These are all products of natural systems, the eco-systems of which our own species is a part. They are all explicable within the realms of our scientific understanding. But none is within our means to prevent, as they happen. We do not know how to stop them, as they emerge, we can only seek protective measures to minimise the damage. The scale of the damage is horrifying.

But the most important lesson is to learn the consequences of ignoring the precautionary principle. We have long known that the changes in our natural systems had the capacity to wreck our own economic and social systems. In all sectors of our global economy, we have been saying that climate change will only be reversed when the warming effects of carbon and other emissions are reduced, and that we have to do less, produce less, consume less and travel less in order to achieve these reductions. But we have not taken heed of our own words, much less the advice embodied in the Precautionary Principle. Some may say that Corona Virus is not a consequence of climate change or global warming. But does this matter? It is another change in the natural systems that support us, which has instead turned on us with deeply harmful results. 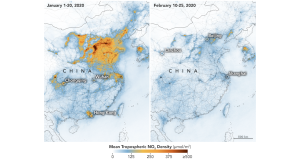 There is an ironic consequence of COVID 19 virus. We are now doing less, producing less, consuming less, and travelling less. Carbon emissions worldwide are dropping at the fastest rate in the 21st century and faster than ever was achieved in the 20th century, as I write, and the reduction shows no signs of slowing down.

But the consequence of closed airports, empty hotels, paralysed cargo shipments, paralysed supply lines, social lock-down, is an enormous challenge to economic life. Businesses are closing their doors, because they are too small to withstand the cash flow crisis caused by such a dramatic drop in sales. We are being isolated and told to work from home. The streets are empty. Anxiety and depression sink like a cloud over our hopes for the future. This IS the dystopian answer to climate change — an economic transformation greater than anything previously seen in the years following the Second World War. It is horrifying.

This is not so much a Thrift Economy, more a Reimagined Economy.

We have to work to make the reimagined concept a functioning reality, which makes the work of Green Angel Syndicate even more important. What can we do to make economic life continue to be viable?

We can invest in all the innovations that make incremental shifts in working practice. These are the shifts that are necessary to allow a recalibrated economy to function. And it must function effectively within the safe parameters we now know the world needs to sustain our lives. How can we use energy effectively? How can we use transport safely? How can we feed ourselves without causing damage at the same time?

We need positive, incremental change through innovation, even more so now that the economic crisis caused by COVID 19 is starting to undermine the traditional ways of managing our economic lives.