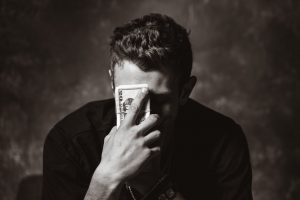 In the explosion of public protest concerning climate change that we saw last year, there has been an element of radicalisation. This has led to explicit claims that capitalism is to blame and has to change from, among others, the Extinction Rebellion. ​Among the assertions made, shareholder pressure is isolated as a cause for the harmful growth of the companies whose products cause us the most harm, and increase the dangers of climate change.

Whilst it is commonly accepted that excessive consumption, which has been a consequence of the oversupply of manufactured goods following the Industrial Revolution and the mechanisation of production of almost all goods, from bread to cigarettes, is a prime cause of climate change and global warming, it is entirely unreasonable to lay the blame for these consequences on shareholders. The very existence of shareholders is a consequence of the mechanisation and its capital costs, not a cause.

Of course, all the analysis and studies of climate change now show that anyone who cares about climate change will be opposed to excessive consumption of any kind. Excessive production, and unscrupulous use of resources without due care for, or attention to, the consequences is the major cause of the problems we are facing with climate change and global warming. 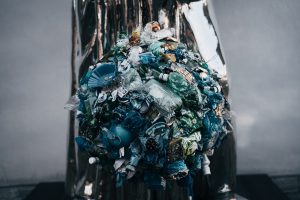 Photo by Claudio Schwarz on Unsplash

Hence Green Angel Syndicate deal selection criteria puts a firm red line through anything associated with the misuse and abuse of resources. For example, deals in the Oil & Gas sector, even if they help make the sector more environmentally safe, are treated with great caution. Companies which improve the Oil & Gas sector are helping to perpetuate the use of Oil & Gas products, and are therefore unlikely to help any serious attempt to put an end to the harm done by these products to our wellbeing. We subject these deals to close scrutiny as to the likely consequences of success.

Green Angel Syndicate also is cautious concerning the fashion industry and anything associated with it. Thrift+ — an online marketplace for second hand clothes — is one of our portfolio companies, as it corrects some of the damage done by replacing new products with used products, hence reducing the volumes of new clothes. Due diligence shows this is really the case, hence the deal is a good one for us.

We would also red line anything that is associated with other cynical consumer sectors, for example some of the exploitative FMCG products, the telecoms sector (which is one of the main users of rare earths), the traditional transport sector, and indeed food and agriculture. The entire basis of global food production needs to change if we are to address the problem of the carbon and methane emissions which food production causes. We have the added challenge of sustaining food supplies beyond the destruction of our crop bearing capabilities that is already being caused by global warming.

The focus of Green Angel Syndicate is, predominantly, resource use, which means energy (electricity, heat and buildings efficiency), water, agriculture, waste, recycling and transport. These resource use sectors are not dominated by consumer brands. They are utilities, which all recognise the fundamental truth of their existence as companies serving the community. Our lives depend on them. As such, they are all heavily regulated. They are unlike commercial businesses in mainstream consumer markets, because their freedom to operate is so heavily constrained by the duty of care imposed on them.

The culture of the water sector and the energy sector is still largely dominated by the absolute requirement for safety of supply and the protection of its users. This is a universal rule, as the utilities are universally required by all of us. The companies that dominate these sectors do not make any attempt to fight the regulator, other than on grounds of price control. Even then, the regulator will tend to impose the rules rather than bow to industry pressure.

It is true to say, however, that all listed companies are slaves to the requirement for shareholder performance and profits, and this can seem to cause a perversion of priorities against ethical cares and concerns. At first glance Green Angel Syndicate might seem to stand accused of the same reckless dynamic. But associating angel shareholdings with mainstream shareholdings in listed companies overlooks an important difference. This is investment in unlisted companies, which are early stage, often not even trading and still in the development stage, and certainly not profitable. These are not investments that yield any kind of dividend. Even when angel money stays in a company for five years or more, it rarely reaches sufficient levels of profit to provide the angels with any annual return. 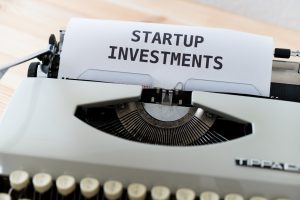 Photo by Markus Winkler on Unsplash

Angel investors are widely characterised as not investing simply for a return, they are investing because they are interested in helping these companies. Much is made of the added value to a company of the right angel investor. This is especially true of Green Angel Syndicate, which is the only syndicate in the UK specialising in the fight against climate change and global warming. All of our members want to do something to help in the fight. And many of them have specialist skills, knowledge and expertise that qualifies them well to do so.
​
That said, our companies will not make a difference to anything if they fail. Of course we want them to succeed. But angel investors are, characteristically, warned to expect to lose what they invest, because the majority of start-up companies fail. If an investor wants to invest for a secure return, he or she does not concentrate on angel investments.

Angel investors hope for an exit, which generally means an IPO or a trade sale, when the company has eventually proved its viability and value. Green Angel Syndicate will certainly aim for these events, as they will be the sure sign that the companies are making a difference that matters in the fight against climate change and global warming.
​
In any case, criticism of shareholding is misplaced. Shareholders are enablers, not the prime causes of corporate abuse. The main cause of the unscrupulous and exploitative behaviour of the corporate business world is the competition caused by excessive supply, which in turn is caused by the technology that can produce so much more than we need, and puts the manufacturers at war with one another in their race for market share. Shareholders enable this, they don’t cause it. Over-supply causes it. The origins of our problem with carbon emissions are the technology inventions of the Industrial Revolution, which allowed the producers to produce so much more than was needed at marginal extra cost. Shareholding (and capitalism) existed well before that, without causing any real problems for the environment. 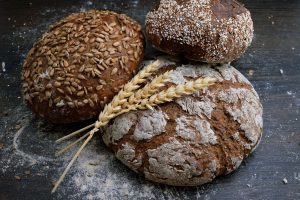 An interesting by-product of over-supply is also the development of marketing as a means of competing. It developed as a consequence of the competition over-supply created. The baker did not need to do anything other than to sell his or her products personally when the ovens produced no more than the community needed. But when his or her company was producing enough to feed the whole of the local village, and the nearby town, and in fact the entire county — in all parts of which other bakers were developing the same capacity and were thus placing themselves in direct competition with one another for the first time — a means of selling the product in competition with the other bakers when he or she could not actually see the potential customer was required. Hence the birth of marketing — advertising, PR, sales promotion, direct marketing, sponsorship, and so on.

We were all a lot happier when every baker had sold out by the end of the day, because he or she had sold everything they could make. The day the industrial oven was invented was the end of the baker’s contented life; and the start of our exposure to bakery advertising claiming our bread money.

This creation of competition and drive for market share was caused by the invention of the technology for mass production. Unfortunately, this technology was energy dependent, and the generation of the energy it required had the potential to pollute our planet with carbon emissions. Market after market was transformed by technologies all taking advantage of the generation of hydro-carbon power. Business itself was not the problem. The problem was the greed of the human beings who ran the businesses, and the failure of our politicians to control them.
​
Green Angel Syndicate seeks to avoid any complicity in the continuation of that harm, and rather seeks to arrest and reverse it in the interests of all our futures on the planet.