Climate Catastrophe: is Capitalism to Blame? 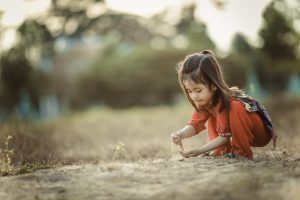 Photo by MI PHAM on Unsplash

Capitalism is blamed for the climate crisis by many who know most about it. One article in the Guardian ran the headline: Ending climate change requires the end of capitalism. Have we got the stomach for it? Naomi Klein led on a similar theme: Capitalism Killed Our Climate Momentum, Not “Human Nature”. Bloomberg attempts to argue the opposite position, but accepts that: “It has become fashionable on social media and in certain publications to argue that capitalism is killing the planet. Even renowned investor Jeremy Grantham, hardly a radical, made that assertion last year.” ​​But is capitalism really to blame?

The definition of capitalism is, on the face of it, relatively simple: an economic and political system in which a country’s trade and industry are controlled by private owners for profit, rather than by the state.

But this definition neglects to mention the element of state control. The state permits and defines the circumstances in which capitalism is allowed to operate. Some definitions of capitalism have suggested that there is a concept of “mixed economies”, where the state owns and operates certain industries, as the UK Government did in the socialist dominated 60’s and 70’s, but other sectors of the economy remain in private hands.

But this overlooks the role the state plays in determining almost every aspect of private enterprise: import and export rules, tariffs and incentives; in determining interest rates, and influencing exchange rates; in controlling the supply and availability of cash; in setting employment standards and minimum wages; in determining business taxes, and — crucially — product sector taxes on goods like petrol and diesel, as well as VAT rates on consumption, and the treatment of taxation in special health-related sectors like alcoholic drinks and cigarettes; or establishing trading standards and laws governing consumer protection.

In other words, the Government’s levers of control over a capitalist economy are considerable, even in what is considered to be a “free market”. And we have not yet touched on the issue of positive Government intervention in innovation and subsidy, covering such things as new technology, and renewable energy. 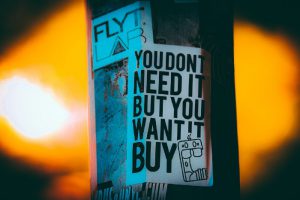 Photo by Jon Tyson on Unsplash

There is no such thing as a true “free-market” economy, as no company trading in any market is entirely free to do what it wants. If a degree of control is accepted, the next question is, if private sector capitalism has been stimulating climate change, what could Government controls have done to avert the crisis we now face? And, the obvious following question, what should Government do now to address the problem?

I would suggest there is a simple test, against which another question would then arise: isn’t it obvious what Government should have done, and should do now?

Here is the solution. Take all the things in the transport sector, the agricultural sector, the construction sector, the leisure sector, the tourist sector, and so on, which are making global warming worse, and STOP THEM! This is what Governments can do, unchecked by the economic system we call capitalism.

Ask yourself, what would a child do? If you tell a child that our entire economy still relies on the use of hydro-carbons — not just transport fuel, but the support of manufacturing, food production, buildings — and that the use of hydro-carbons is making the world warmer to a point where we can no longer inhabit it, what would a child say? STOP IT! The child might also say, I have got to live on this earth after you have gone — why are you ruining it for me?

​It is not an answer to say, we must protect our economy, nor is it anything other than a distraction to say that the economic system of capitalism is to blame. Neither concentrates on the simple truths, that we must stop doing what is damaging us, now to a critical extent; and that we must find new ways of supporting ourselves and surviving within the global economy.

To get back to the original question, is capitalism to blame? No, capitalism will behave in the way any system will — within the constraints and guidelines laid down for it to operate. In the last three decades, when the climate crisis has emerged and not been stemmed, Governments especially in the US and UK, initiated and encouraged free-market globalisation in a manner which — purely on economic terms — proved to be a catastrophe all of its own with the 2008 crash. Instead of turning away from it, our leaders have perpetuated the basic system. In climate terms, the free market globalisation has emphasised competition, lowering costs, maximising production, opening up markets in previously simpler economies, growing the global rates of production and consumption in almost every market sector. 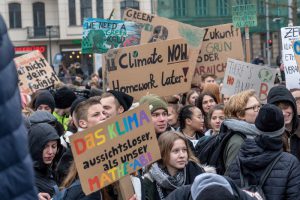 Photo by Mika Baumeister on Unsplash

The effects of this on global warming have been damaging at every point. They have resulted in an increase in production, consumption, travel, building, agricultural production. The rate of global emissions is still rising. In the UK alone, carbon emissions rose by 2% in 2018, the worst year since 2011. We are still getting worse, in other words.

Is this the fault of capitalism? Of course not. It is the fault of those who should be controlling capitalism on our behalf. Governments. When will our politicians wake up and realise what they need to do? Soon, we hope. Because soon, it is going to be too late.